Episode 011 – Jen Looper – is a Senior Developer Advocate for Progress Software. She is the founder of Vue Vixens. She was an adjunct teacher teaching French at Wesley College. She realized that the salary for College Instructors was not going to be enough to pay the bills so she started looking at other alternatives to teaching. She was always interested in computers growing up so she made the transition into tech from being a French teacher.

Today, Jen is a developer advocate. As a Senior Developer Advocate, she spends lots of her time speaking at tech conferences. When she is not speaking she is writing technical articles about her company’s products as well as creating code that developers can use.

She was a developer using Angular and then found Vue as it started gaining traction. She decided to create a group similar to ngGirls which uses workshops to train women on Angular. Based on that format, she founded Vue Vixens. Her company Progress Software has turned it into a non-profit foundation. Today Vue Vixens has chapters worldwide. 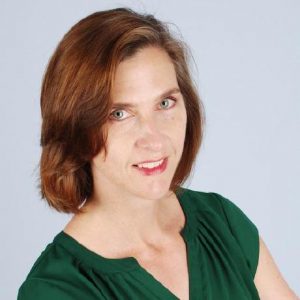 Jen is a Senior Developer Advocate and Founder of Vue Vixens.

Vue Vixens – Vue Vixens are foxy people who identify as women and who want to learn Vue.js to make websites and mobile apps

ngGirls – aims to introduce women to the world of technology and increase the diversity.