Episode 033 – Maribel Duran – is a CS graduate from University of Merced. After graduation, she was not prepared for the job interview process. She got frustrated with the process and instead took a tech support engineer role. She hoped that she would be able to parlay this into a developer role. After two years she realized she was not getting the opportunity to get a developer role.

Maribel started the process of completing freeCodeCamp’s curriculum to improve her chance to get a developer position. In addition, she started networking and attending meetups. She participated in hackathons where she realized that she did have the skills to be a developer. At this point, she overcame her imposter syndrome and convinced herself that she was ready to get a job. Her contribution to open source code was the tipping point that allowed her to get a developer job.

freeCodeCamp – teaches how to become a web developer in either a full-time or part-time program.

Ace the Coding Whiteboard Exercise – video series that helps you prepare for the coding whiteboard challenge.

Best Training Resources to Learn to Code – video sharing the best resources you can learn how to code. 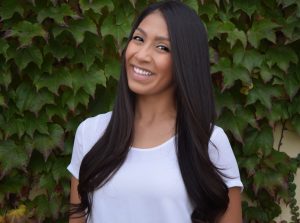 Maribel Duran is a first-generation college graduate who struggled with finding a software engineer role right out of college. Fortunately, she found her way back and is now a Software Engineer at Worklete. She wants to share her journey so that others will stay motivated to never give up on their dreams. She is helping others as she advances in her career by sharing her experiences through writing, speaking, and mentoring. When she’s not coding, you can find her running, dancing, reading, or traveling.