Episode 035 – Madison Kanna – was home schooled as she was growing up. Later on she went to college but dropped out. After dropping out from college she signed up with an agency where she worked as a model for fashion brands. After doing this she did not see this as a career. Her sister was a software engineer and she was interested in doing what she was doing. She took courses from Udacity and became a self-taught developer.

She started in tech with an internship. Later on she became a software developer.

Deep Work – by Cal Newport. Deep work is the ability to focus without distraction on a cognitively demanding task. 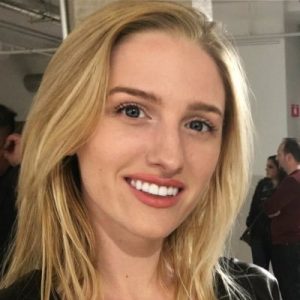 Madison Kanna is a former model that became a self-taught developer. Today she is a Software Engineer in tech.