Episode 036 – Mehul Patel – was studying chemistry in college when he decided to drop out. He had always tinkered with computers and decided to attend a coding bootcamp. He moved to California to attend Hack Reactor’s coding bootcamp. After graduating, he and two of his classmates went to work in SF for a startup that had graduated Y Combinator. These friends became very active in Angular frontend framework and eventually they created server side rendering for Angular. This became known as Angular Universal and eventually Google folded this product in the Angular source code. Not too long ago Mehul moved back to Georgia and currently works as a Senior Software Engineer at Stanley Black & Decker.

ZocDoc App – allows you to find doctors and dentists in your area and be able to search by your insurance. Makes it easy to book an appointment.

Algorithms Illuminated – When interviewing you need to know algorithms and data structures. 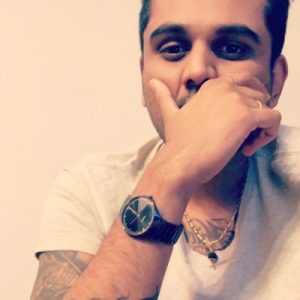 Mehul Patel went from unemployed and homeless to attending a coding bootcamp. He helped write the Angular Universal code to provide server-side rendering in Angular. Today he is a Senior Software Engineer.

Madison Kanna
Next Post: First Six Months On The Job