Episode 064 – Crickett Sykes – almost graduated from University with a degree in pre-nursing studies. She decided she was not interested in the medical arena so she did other jobs such as a bank teller, customer service and worked in the food and beverage industries. Last year she decided to make a change and attended the coding bootcamp at General Assembly. After graduating she got a job as a Junior Developer doing frontend development. Today she is a UI/UX Developer at Salesforce. She will share her transition from medical studies to tech while handling the responsibilities of being a single mom.

Free Code Camp – the best place to learn how to code – and it is free!

CodeCademy – A good source to learn how to code.

Smarter Way to Learn JavaScript – good book that provides an introduction to the JavaScript programming language. 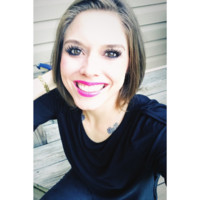 Crickett Sykes was all set to go into the medical field but then decided to move into another direction. After having a range of odd jobs she decided to attend a coding bootcamp and today is a developer.