Episode 074 – Craig Rodrigues – has a degree in history from Emory University. Shoutout to all the history grads in tech as I too have a history degree. But that was not enough for Craig because after graduating he immediately went on to get an AA degree in Business Administration. Wait for it. That was not enough for Craig because then he went on to get a B.B.A degree in Marketing. After all that education it seemed marketing was the winning ticket and he got a job in marketing eventually rising to the position of marketing and e-commerce manager. Even so Craig really wanted to move into a different direction. He applied to the Hack Reactor coding bootcamp but did not initially pass his admissions interview. He did not give up on his dream to get into tech because he spent time going through hack reactor’s prep course which prepared him to successfully pass his second admissions interview. Craig graduated from Hack Reactor in 2017. After graduating he got a job at CNN slash Turner slash Warner Media. Craig is now thriving in tech where he is a Senior Software Engineer and frequent speaker at tech conferences.

CS50 – Introduction to Computer Science – a Harvard course you can take online for free. An introduction to the intellectual enterprises of computer science and the art of programming.

FreeCodeCamnp – the largest place to learn about programming and it is free.

CodeWars – Achieve mastery through challenge. Improve your skills by training with others on real code challenges. 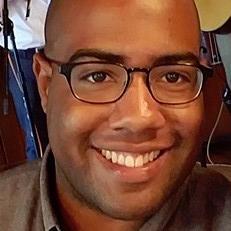 Craig is a Senior Software Engineer for Warner Media. He is a frequent speaker at tech conferences.