Episode 075 – Raymond Camden – has a degree in English more specifically Technical Writing. Since graduating Raymond has been involved in tech. He spent time working as a developer. Later he became a manager of a development team. Then a director of development teams. Then a Vice President of technology. While in tech Raymond applied his skills learned from his degree by frequently writing about tech and what he has learned. For the past ten+ years Raymond has had multiple roles as a developer evangelist. He has plied his craft as a developer evangelist at companies like Adobe, IBM, Auth0, American Express and now HERE Technologies. Raymond is a Google Developer’s Expert and a frequent speaker at tech conferences.

Dev.to – DEV is a community of software developers getting together to help one another out.

Invest in a good bed. 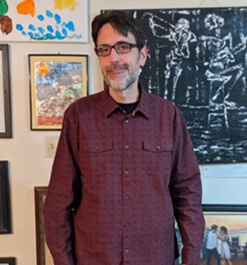 Raymond is a Developer Advocate for Here Technologies. He is a frequent speaker at tech conferences.