Episode 090 – Barkha Herman – graduated from Florida Atlantic University with a Computer Science degree. For the past decade she has worked as a developer. She has worked her way up from developer to Senior Developer and Senior DevOps Engineer, and today, she is a Sr. Cloud Solution Architect for Microsoft. Along the way, she has also been the founder or co-founder on several startups. In addition, Barkha is a speaker at tech conferences.

Go through interview questions on Glassdoor.org.

Shadow somebody at a company you are interested in interviewing with to learn more. 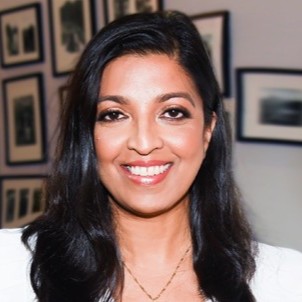 Barkha is a problem solver and people helper who’s found herself in the world of technology and consulting for the past twenty plus years. She currently works at Microsoft as a Senior Cloud Solution Architect, focusing on Data and AI.

A Few Of Our Favorite Things
Next Post: Sarah Kinneer