You are here: Home / Podcast / Learning To Code / Pariss Athena

Episode 096 – Pariss Athena – has had a very interesting journey to get into tech. After graduating from high school she studied screenwriting; this developed an interest in acting which prompted her move to Hollywood. Later, she moved back to Boston and studied aesthetics and worked in this field for several years. Unfortunately, the job didn’t provide career growth, so she went back to school to get a degree in marketing. While in school, she learned about coding and participated in the Resilient Coders bootcamp. Today, she’s a front end developer using React and React Native. Pariss started the BlackTechTwitter hashtag and is the founder of Black Tech Pipeline. She’s a writer and speaker, and we’re excited to have her on the CodePrep podcast today.

Understand that there are many different routes through which to figure something out.

Take risks and try things before saying no to them, because by doing so, you open yourself up to various opportunities.

When applying at a company, find out if they have any preferred topics which you should study for your tech interview. 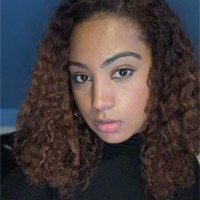 Pariss began her career as a front-end developer after graduating from Resilient Coders. She works for G2i as a hiring and platform member- vetting engineers as an engineer, and taking lead on social media marketing efforts.